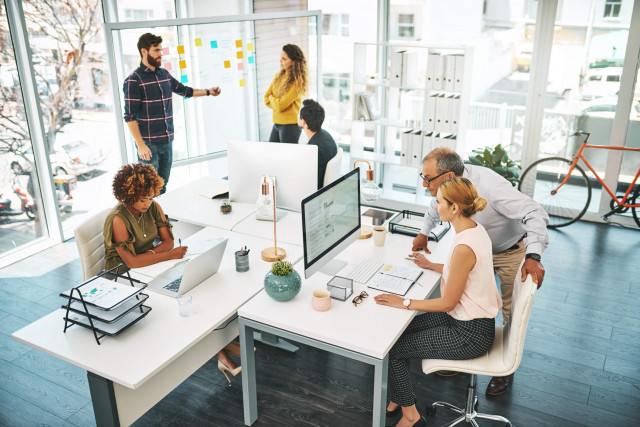 A supercomputer is a stack of high-powered computer cores working together. It provides a phenomenal amount of processing power, capable of performing trillions of calculations per second. Supercomputers can handle rapid parallel processing of massive data sets at speeds that are millions of times faster than ordinary home computers. Airlines, animation studios, game developers, and several big corporations like Amazon, Walmart, and Microsoft use some form of supercomputing in their day-to-day business. One report says that “supercomputers are to ordinary servers what race cars are to street cars.” TechRepublic foresees that supercomputers will become common office equipment for small enterprises in the near future. Luxembourg already offers supercomputing technology to small business. Here is a look at what SMEs can do with supercomputing and how they can get access.

The technology has long been used for macro climate modeling and space mission simulations. Now SMEs can benefit from it. Luxembourg is at the forefront of supercomputing technology in Europe. The small country has taken big steps towards making supercomputing available to small and medium enterprises (SMEs). One example is UK-based Calon Cardio-Technology. It develops implantable micro pumps. Using supercomputers to perform simulations is making treatments more accurate and affordable. Without supercomputing it would take a week to run 1 simulation. With supercomputers the operators can run a full simulation every few hours. The technology allowed the firm to analyze and refine the design of its products at an unprecedented speed.

Another application is for supercomputers to produce architectural visualizations in property development. Animation design firm iCreate utilizes supercomputing to develop, examine, and refine 3D models of its architectural designs in real time. This allows for shorter development periods. The company has worked with global US chemical corporation Dow and Australian fuel supplier Caltex.

French firm Cybele Tech uses supercomputers to improve agricultural yields. Agro companies dabbling in genetic engineering can see much improved output with the adoption of supercomputing. It enables rapid experimentation with several genetic combinations. Instead of waiting for nature to create the desired variety, they can now employ simulated genetic sequencing.

One of the biggest issues in cloud computing is latency. The problem becomes more pronounced when moving large amounts of data between local storage and cloud servers. This is time-consuming and eventually costs more in the long run. Technology and solutions provider CRN highlights a key advantage of supercomputing. Partners in manufacturing processes can build on-site systems for specific needs. This enables on-the-fly transfers and real-time analyses of large datasets – an advantage over cloud computing.

The EU launched a major supercomputing initiative in 2018. It is called The European High-Performance Computing Joint Undertaking (EuroHPC JU). Its base of operations is in Luxembourg City. LUX is home to large numbers of migrant workers. They regularly send remittances to their home countries via the Ria Money Transfer App and similar services. Access to supercomputing can help small expat entrepreneurs become more competitive. HPC aims to develop the supercomputing infrastructure throughout Europe. There are plans to develop high-performing supercomputer centers in 8 locations. Sofia in Bulgaria, Bissen in Luxembourg, Bologna in Italy, and Barcelona in Spain will be the 4 biggest hosting sites. The initiative will remain operational till 2026.

The supercomputer being developed in Luxembourg is called the MelaXina. This EUR 30 million machine is designed to provide unmatched processing power of 10 petaflops, with the capacity to perform 10 million billion calculations per second. To match 1 second of output from MelaXina an ordinary computer will have to perform at max capacity for millions of years. The newly created entity LuxProvide will manage the supercomputer. The world’s largest semiconductor manufacturer Nvidia will power the MelaXina supercomputer. It is developing a new system called ‘Leonardo’ which will use more than 14,000 high-performing GPUs to deliver unmatched performance.

Luxembourg’s Economy Minister mentioned that about two-thirds of the supercomputer’s capacity will be commercialized. The country is targeting industries, SMEs, and startups to utilize the technology. The government has invited startups and SMEs that lack financial resources to apply for research and innovation grants through the Economy Ministry. These businesses will be able to use the technology at subsidized rates. The rest of the processing power will be used for advanced research, developing energy efficiency technologies, bio-engineering, weather prediction, and drug discovery. MelaXina is on track to be operational later in 2021.

Hemant G is a contributing writer at Sparkwebs LLC, a Digital and Content Marketing Agency. When he’s not writing, he loves to travel, scuba dive, and watch documentaries.