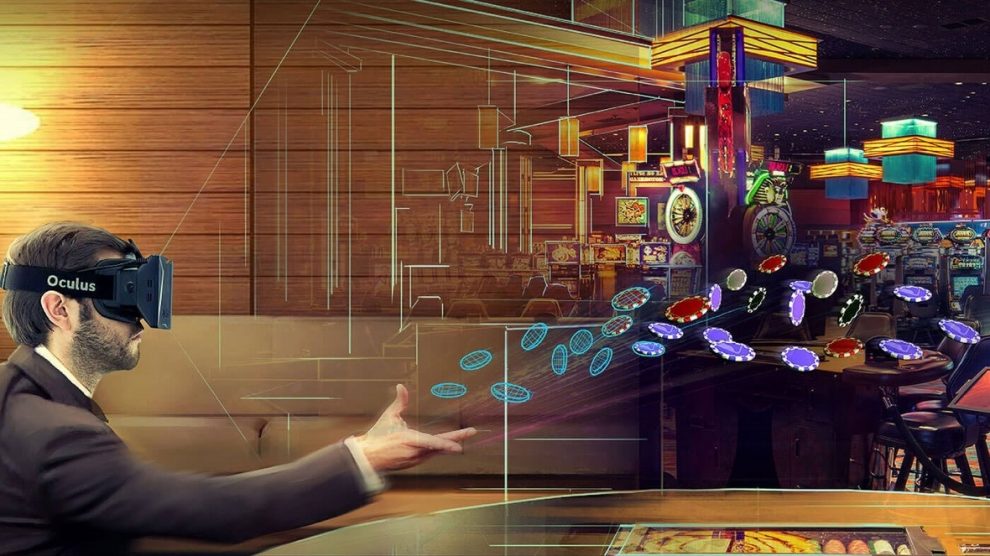 The virtual world enchants people. Here the real reality is connected with the artificial reality. The experience is extremely intense because the lines between real life and the computer world are blurred. So the VR games in new online casinos can make you feel as if you are actually in the world of the game.

An important prerequisite for gaining access to modern VR games is, in addition to a PC or tablet, so-called VR glasses. In this world, VR glasses are the key to being able to explore this world.

This technology can also be used for VR online casinos, just like with normal video games. This creates the impression that you are in person in a casino and can gamble on slot machines, online roulette or card games. Online casinos like Vera John do not yet offer VR Play, but the development will not stop here.

According to an analysis by the market research company Persistent Market Research, the future of online gambling could soon be in virtual reality (VR). Accordingly, software developers and online gaming companies are preparing themselves more and more intensively for entry into VR gaming, in particular, to attract the interest of younger generations.

The USA and the Asian region, especially China and Japan, seem to be among the industry’s supposed pioneers. This assessment is due to the high number of video gamers and the increasing sales of consoles and VR equipment.

According to the statistics institute Statista, the global market volume for virtual reality products was USD 6.1 billion in 2016. It is estimated that the numbers could more than triple by the end of 2020, rising to a total of $ 18.8 billion.

VR Casino on The Rise?

The topic of virtual reality is developing rapidly, but it is still controversial. Germany is not currently one of the countries in which VR casino games are very common.

It is also a fact that the future of VR casinos is particularly important to passionate gamblers. That is why many casino providers try to keep developing their casinos. The innovative VR technology is of course very useful in this context.

However, not all online casinos use the new VR technology. They are sticking to traditional online games because VR devices are not yet very widespread. From their perspective, the better and more consistent way is to offer customers, for example, live casino games, welcome bonuses or special promotions. Which strategy is ultimately the right one will certainly only become apparent over time.

Passionate video gamers and e-athletes, in particular, have experience with virtual reality worldwide. However, studies have shown that this target group relatively rarely plays online games of chance in online casinos.

For example, this is due to the fact that some gamers, including professional e-athletes, are not yet of legal age. The technological differences between video games and online casino games also played a role. To date, video games generally appear to do better with more complex graphics and sound effects.

According to Persistent Market Research, it is only a question of time until online casinos finally catch up:

In VR gaming, graphics are realistic, particularly for online slots. The VR gaming market has grown rapidly thanks to the graphics and the experience factor that lure gamers into VR gaming.

There are already VR gaming products in which players can also enter virtual bars between their games at the machine or gaming table and “sit down and relax” in order to make the virtual casino experience even more realistic.

China and the USA are Currently The Pioneers

There is a high proportion of video gamers in both countries. This is probably why these two countries are driving the development of virtual reality in online gaming worldwide. Japan is also working flat out on the new technology. In these countries, in particular, sales of VR-compatible consoles and the associated equipment are constantly increasing.

Even if VR technology is not yet very widespread in the online casino world, it certainly seems to be the case that players are being offered a very special gaming experience here.

Thanks to the VR glasses, games such as roulette, slot machine games, baccarat, video poker, poker or online blackjack can be played.

The VR games offer a whole new world of experience, especially for the demanding online casino visitor. There are, of course, some upsides and downsides in this field, as with all others.

One of the advantages of VR casinos is, for example, the fact that you don’t have to leave your house still to have a very realistic and intense casino experience. Although you are actually sitting in your own four walls, thanks to VR casinos, you can experience the atmosphere and the special features of a real casino. There are also some arcades that have 3D special effects and thus also convey a special atmosphere.

There are currently some disadvantages, however, because VR production is still quite expensive. Therefore, the cost of a high-quality VR headset is between 400 and 800 euros. In addition, wearing VR headsets is sometimes perceived as uncomfortable when worn for a long time. Some users also experienced disorientation and nausea.

Another factor is the relatively high potential for addiction. Because meanwhile, the number of VR players who have lost interest in the real world is increasing. These players then spend all the time in the artificial reality. This can of course be particularly dangerous when playing real money games.

Which Group of People is Particularly Addressed

Meanwhile, virtual reality is in advance in many areas. Special video games are equipped with VR technology, but parts of the eSports betting scene are already benefiting from VR technology. However, these players are less likely to be potential customers or visitors to online casinos.

The key factor is that many eSports participants are typically below 16 years of age. More logically, gambling is forbidden for people who are not of age. Another reason why this clientele is not so interested is mainly that they are very spoiled by the technological standards of popular games. However, online gambling platforms are still not able to reach this level in video slots.

The differences in the area of ​​complex graphics and sound are still considerable. However, this should change in the near future by integrating virtual reality into the gaming experience of online video slots.

A start has already been made in this area, as VR online gaming offers have since developed. In special online casinos, you can not only gamble at slot machines or gaming tables, but it is now also possible to take a seat at the counter of a virtual bar during breaks.

A realistic visit to a casino can be imitated much better with this. Therefore, it is planned that the development will be perfected so that the player gains the realistic impression of actually being in a real casino.

The Future of European Online Casinos Based on Virtual Reality

There are currently a few selected online casinos that already offer VR casino games. However, it also applies here that gamers based in some European countries still have to forego this offer. This is true if you do not want to exceed European and/or your national gaming legislation’s limits. Nevertheless, many among the European gamers who are restricted can also access this virtual option.

The only requirement is that it is an online casino that has its headquarters in other European countries. As it looks, however, that will start changing from 2021. A true example is that the state ministers of Germany have finally reached an agreement. The agreement provides that online gambling will be generally legalized from the middle of next year.

Nevertheless, the area of ​​virtual reality is currently not very strongly promoted in some countries across Europe. The low investment sums in this area provide information about this.

The reason for this is presumably the high costs associated with realizing VR technology. How the industry of those EU countries will react to VR technology as a whole through the expected legalization of online gambling remains to be seen.