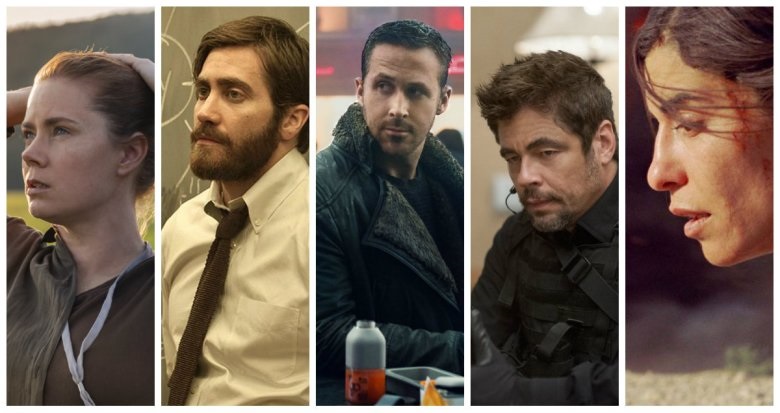 The art of storytelling takes years to master. Developing a narrative arc, setting a scene, building characters, introducing conflict, building up to climax, and then guiding it to its resolution takes skill. This is not all. Finding the right angles, the right light, the right frame and turning these words into a movie is not easy task.

The simplest of storylines are not as simple as one would expect. They require time and patience, and multiple edits before they are finalized. The wrong color in a shot can impact the meaning delivered. Given this, executing a movie filled with suspense, and twists and turns is not something all writers can do. Display of such talent is what distinguishes a virtuoso from the rest. With the amount of effort each of these requires, it is hardly surprising that such movies are far and few in between. If you’re looking for such movies, you’ve come to the right place. Here is list of the top five movies you must watch.

This movie follows the life of Nobel Prize winner John Nash. He joins Princeton University as a student in 1947 and from then on submerges himself in the study of mathematics. He develops a new concept of governing dynamics on the basis of which he is offered a position at MIT. Years later, he is invited to the Pentagon to decode messages on enemy telecommunications. Soon this work stops challenging him at which point he is offered and assignment by the United States Department of Defense. This is where everything goes downhill.

Looking for codes in magazines and newspapers to thwart Soviet plot he goes down a rabbit hole. During this time he marries Alicia Larde and starts a family. It is then that he comes to fear his life. After he witnesses a shootout between soviet agents and his mysterious supervisor he is not the same. As you make sense of what the mysterious supervisor and the work he has to do, you too will be stupefied.

You can watch this movie on Spectrum cable TV services via on-demand options.

Set in London in the 1890s, two aspiring magicians, Robert Angier and Alfred Borden, become sworn enemies when during a water tank trick gone wrong, Angier’s wife dies. He blames Borden for using a difficult knot and causing her death. When they part ways and launch their own careers, they try to one-up the other.

Borden comes up with a trick called the Transported Man in which he disappears and reappears almost instantly at the opposite end of the stage dressed differently. What follows after this is spying and sabotaging by Angier to find how the trick is performed and Borden countering him by sabotaging Angier and leaving him wrong clues. The ending is agonizing and when you find out how the trick is performed your mind will explode. It’s a must watch for all mystery lovers out there.

It’s magicians that have the best tricks up their sleeves, so it’s not surprising then the next movie on our list is about magicians as well.

A stage magician J. Daniel Atlas, his former assistant Henley Reeves, a local magician Jack Wilder and a master hypnotist Merritt McKinney each get a card inviting to pull the ultimate trick. They are provided with the blueprint of their first trick at a building, and the next few after as well leading up to the final trick. A year from their first meeting they make their debut as the Four Horsemen in an high-end Las Vegas show funded by Arthur Tressler, an insurance magnate. Their trick involves them picking an audience member and transporting him to a bank in Paris that Tressler owns and bringing the stacks of euros there to Vegas which are then showered on the public. The money is real and the theft is real. After this the Four Horsemen disappear. From that moment on they are pursued by the duo of FBI agent Dylan Rhodes and Interpol agent Alma Dray partnered together for this investigation.

The four conduct a couple more elaborate tricks and as each is unveiled you can’t help but be awestruck. The big reveal though is finding out the mastermind behind it all and after you see it, there’s no going back. This is undoubtedly one of the best movies of the decade.

Going to a hospital for criminally insane is bound to make anyone go insane themselves. In Shutter Island, set in 1954, our main character US Marshal Teddy Daniels is sent to Ashecliffe Hospital for the mentally ill with his new partner Chuck Aule to find a missing patient, Rachel Solando.

Less a hospital and more a horror house, Daniels soon finds a cryptic note in Solando’s room, “The law of 4; who is 67?” and is warned by a patient who pens the word “RUN” on his notepad. He is plagued with visions of his wife’s death and migraines. The doctors Daniels comes across are uncooperative and he soon breaks into the restricted Ward C where he meets a patient in solitary confinement. He is informed by the patient that an elaborate game is being played on him. Too bad he doesn’t take the warning seriously.

What unravels then is sick and twisted and of course intriguing. You’ll be in the edge of your seat throughout the movie and at the end of it you’ll find yourself questioning everything you know. It’s one of the best movies out there for sure!

This horror-thriller takes place in 1945 in a country house in Jersey (Channel Islands). Grace Stewart, who lives with her two children Anne and Nicholas, are living a normal life when strange things begin to happen.

Grace hires three servants including an old lady who has worked at the house before, a gardener and a mute girl, Lydia. They begin experiencing the presence of others in the house. Her daughter claims to have seen people in the house and Grace Finds old portraits in the house. The old lady tells her about how a lot of the house’s previous residents left the house due to an outbreak of tuberculosis.

One day when the children wake up the light is streaming into the house as the windows are not covered. Since the children are photosensitive this is a huge issue and Grace blaming the servants, fires them. At night when the children go out in the garden they find their tombstones. This is not the horrifying part. There is a whole lot more to the story which you must watch to learn. The only thing we can guarantee is that you’re in for a surprise.

While watching movies back to back is fun, the thought-provoking ones that leave you stunned are a class of their own. These plot-twisting rollercoaster rides will leave you wanting for more. Just make sure though that you have high-speed Spectrum Service internet to keep up. There’s nothing worse than a movie pausing to buffer. For such movies, it is especially unacceptable. Till the time you have a fast connection you’re good to go. Just sit back and enjoy!